The location of Athina's Blue Studios is quiet, ideal for carefree holidays away from all the noises of the center of the cosmopolitan Naoussa Village, but at the same time so close to it. Just 4-5 minutes of walk is enough for the visitor to find in the small harbor, all kinds of shops, restaurants, bars, etc. of the area and to stroll around the picturesque cobblestone streets of Naoussa.

Naoussa is the second largest and most important town in Paros after Parikia. It is situated on the north side of the Island (11 km from Parikia). Naoussa village is picturesque and cosmopolitan fishing village with whitewashed houses, tiny streets, beautiful churches and the ruins of the Venetian Castle. The heart of Naoussa is the small fishing harbor with the traditional fishing boats. It is surrounded by cafes, ouzeri, bars and pretty taverns with local specialties.

There is a very good and frequent bus service between Naoussa-Parikia and the other parts of Paros. During the high season the busses even run all through the night In Naoussa take place the greatest cultural activities of the Island with the festivals of wine and fish in the beginning of July and the night of corsairs at August 23. Also local groups of traditional dancing are performing live from May to September in the forecourt of the ‘Panagia church, in Naoussa. They consist of a wide variety of local instruments many traditional to the Idland ,such as the violin, lauto, tubeleki, tsabouna, toubaki and the very authentic Greek vocals. Book your Ferry Tickets and visit Paros! 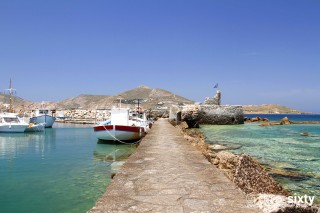 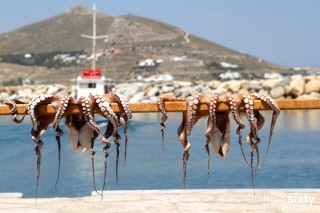 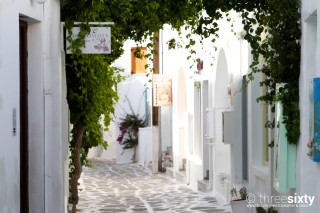 Around Naoussa are the most popular and clean beaches of the Island: -Kolymbithres is one of the island’s most famous beaches. It is a beautiful organized sandy beach, with crystal clear water, surrounded by big and with strangely shaped rocks. The beach has a few beach bars and taverns spread out along the road .Boat excursions and water sports are available.

– Monastery is a popular beach about 2 km past Kolymbithres. It is a sand beach with shallow water overlooked by a tavern and music bar.It attracts a lot of people due to the numerous events (concerts, organized beach party etc.).For the ones that prefer a quiet place, there is the nameless beach before the Monastery. Monastery and Kolymbithres reached by little boats that depart from the port of Naoussa or by private transport.

–Santa Maria is also a lovely organized beach with water sports facilities, plus diving school and a few fish taverns. This beach is reached by bus, little boats or by private transport.

–Piperi is a small beach with beautiful view of Naoussa and Naoussa bay, surrounded by trees and gray rocks. Just a few meters underneath the central street that leads into the town centre of Naoussa, is reached by road-walking distance. Other beaches around Naoussa: Lageri, Abelas, Limnes, etc.

Inside and around Naoussa you may visit:
– The folk –art Museum with male and feminine local traditional costumes from Paros.
–The Byzantine Museum with saintly Vessels and pictures 15th -16th century.
–The folklore Museum “Othona Kapari”, that includes historical and folklore instruments, books, manuscripts, as well as photos from 1930 and on.
–The Venetian Castle.
–The Logovarda’s Monastery(1638,forbidden for women)
–The Mycenaen Settlement of Koukounaries which dates back to the 13th century BC.